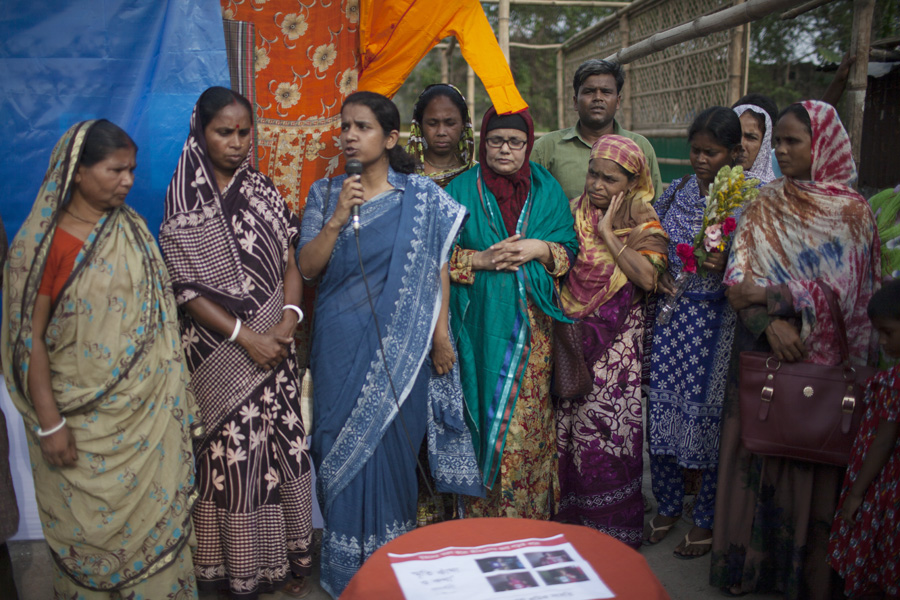 Family members of the victims who participated in the exhibition are happy to show their work. They are pleased to show respect to the memories of their beloved ones. Local people showed great interest in the exhibition. National level mass media also covered the event. The event was held in an open place far away from the capital city. So now, we intend to organize the same exhibition in Dhaka city on 29 and 30 April 2018. We have plans do some more exhibitions in different areas where the workers live.

In the exhibition we placed stitched photos of the victims and texts written by their family members side by side. The texts were sewed on pieces of cloths. Family members wrote feelings about their lost beloved ones. We chose not to edit the texts. Participants (family members of Rana Plaza victims) chose the color of the cloth on which the photos and the texts have been stitched. They used Saree and other types of cloths as they preferred.

I finally put all these in quilts and curated using local cotton towel (known as ‚Gamcha‘). I used quilts collected from victim families and two from my own collection. One of these quilts was made by my mother around 30 years ago.  The exhibition is the result of a collective effort. The whole team worked for about two months to make this possible.